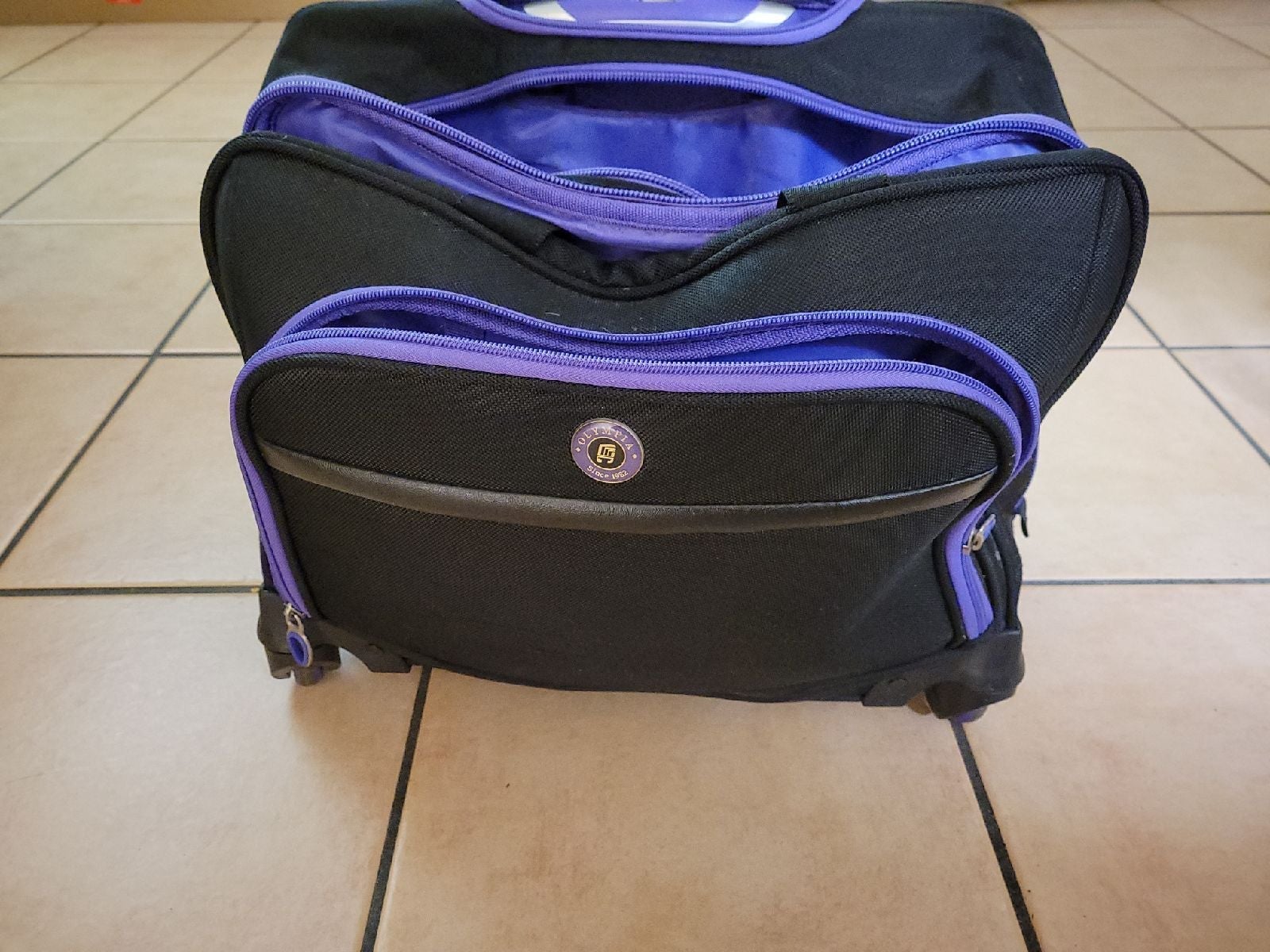 These bag is used a few times but it's meant for putting lots of stuffed in it and you can roll it around every were you go.Has lots of Pockets if you're interested message me and we can make a deal

Making fun of music, one song at a time. Since the year 2000.
Check out the two amIright misheard lyrics books including one book devoted to misheard lyrics of the 1980s.
(Toggle Right Side Navigation)

amIright is a famous music humor site dealing in misheard song lyrics (Mondegreens) for pop songs of the past 50 years including Patricia Nash handbags, Christian music, and Christmas music. Music humor of all kinds can be found here, such as song parodies, jokes, quotes, band name manipulations, lyrics observations, and music trivia.

"Runny Brown Poo (The Jeffrey LaRoque Song)" by Professor Incubus
a parody of "Runaround Sue" by Dion
This song is dedicated to Jeffrey LaRoque from the Rover's Morning Glory show, which is a syndicated morning show based out of Cleveland, Ohio. Jeffrey is well known because he has actually crapped his pants multiple times DURING the broadcast!
Archive.org: (MP3)
(Leave a Comment)
"Sharted Out My Ass" by Professor Incubus
a parody of "Heart Of Glass" by Blondie
After hearing the original song and noticing that they used the words "Gas" and "Behind" in it, I figured that this song was begging to be made into a parody, and what better or more demented a guy than I am to come up with one. I am a fan of the Rover's Morning Glory Show and the premise of this song perfectly describes Jeffrey Larocque, who has pooped his pants several times during the show!
Archive.org: (MP3)
(Leave a Comment)
"The Things They Do For Drugs" by Professor Incubus
a parody of "The Things We Do For Love" by 10CC
I got the idea for this parody about a year or so ago when I was listening to the original song when it was played on the radio. I have watched many episodes of Intervention over the years and I think that this parody really relates to that show.
ar: (MP3)
(Leave a Comment)

March 30, 2022
"Putin Is Tosh" by Dylan Baranski
Originally...
"Caught In a Mosh" by Anthrax
"Russian Bully" by Susanna Viljanen
Originally...
"Woolly Bully" by Sam the Sham & the Pharaohs
"Combine" by the_conqueror_of_parodies
Originally...
"The Sign" by Ace of Base
"Don't Blame Me" by L.D. Obblo
Originally...
"Do Re Mi (From The Sound of Music)" by Julie Andrews
"Time to Watch" by Duc4AmIRight
Originally...
"See the Light" by Amos Lee

Quizzes about pop culture sent into the site by visitors. Create a new one or just try your hand at taking one.

Complete archive of all the quizzes submitted to amIwrong.

The lyrics to identify were:
"Tomorrow some new building will scrape the sky"
The correct answer was:
Passion Pit, "Take A Walk"

Without these folks, the site would grind to a halt!

# of days since last update

Pages that haven't been updated in over 90 days are awaiting new volunteers to review submissions. Check the amIright News message board on inthe00s.com for more information.